Steve Menoian from I Prevail talks with us! 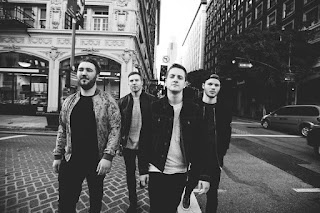 Brandon Harris:  So you guys have a very unique sound, how long did it take to come up with the flow you have now?

Steve Menoian: Thank you! Not very long actually. Our EP "Heart vs. Mind" was the first thing we had ever created together as a band. It just seemed to work very easily and naturally.  Now that we know each other so much better, writing the album was even more natural.  We had a very specific direction in mind, and I think we accomplished it.

Brandon Harris: My Heart I Surrender is a great song. In detail please explain what is means? What does it stand for? Is it about someone?

Steve Menoian: Thank you again! It's really a pretty straight forward song about loving someone that doesn't love you back.  It definitely is about someone in particular... I won't name her, but she's out there.

Brandon Harris: What inspires you? What other musicians helped you all craft your style?

Steve Menoian: We all come from different backgrounds and have our own unique tastes, but we knew going in we wanted to both mix melodic and heavy elements into our music.  The main influence we all shared was A Day to Remember.  Those dudes are pioneers.  We took a different direction in incorporating electronic/synth elements and a little more of a rock feel, but that basic style was the foundation.

Brandon Harris: So you all went on the Crossroads tour last summer, how was that? What was most memorable for you?

Steve Menoian: That was a great tour.  The turnouts were great and I think we really came into our own as performers.  I specifically remember how amazing the other bands were on that tour. Both from a performance standpoint and just as people.  Everyone got along and that can really make a tour special and memorable.

Brandon Harris: What sets you apart from other musicians in your opinion? What makes I Prevail different?

Steve Menoian: I think we just know our identity musically and as a band very well.  We're not trying to reinvent the wheel instrumentally.  We're not about show boating.  Everybody writes to serve the emotion of the song.  I think that's rare nowadays and it could be what makes us different.  We believe in our songs and our message.  We're comfortable being who we are. 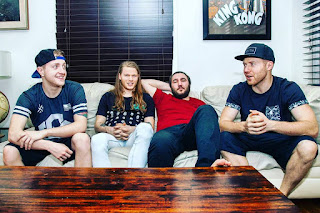 Brandon Harris: What was it like when your cover of Taylor Swift's " Blank Space" made the charts? With  well over 20,000,000 views what does that feel like?

Steve Menoian: It's surreal when I think back.  It's been so long now, it takes a second to put yourself back in that shock phase.  But I am still grateful for the exposure that gave us.  If it helped people find our original music, then it did it's job!

Brandon Harris: What has been your best experience this far in your music careers?

Steve Menoian: Seeing your music on charts and in places like Billboard is always something to remember.  But really I would say that playing about 130 shows last year all over the country gave us the chance to meet so many people who connected to our music.  My favorite experiences come from meeting people who took something from our music.  I've taken so much from all different kinds of music, it feels good to return the favor.

Brandon Harris: What goals do you have as a team for this summer?

Steve Menoian: First, we are in the final stages of making this record.  We want to put everything we have into that.  Then we're going to shift our focus to putting on the best show we can for the summer headliner.

Brandon Harris:  What is I Prevail doing this summer? Any crazy plans for 2016?

Steve Menoian: We're headlining this summer on the "Strike the Match" tour.  It's about 30 shows all over the country.  We also have some awesome plans for the fall that we can't announce yet.  But we're stoked and I think our fans will be too.  Other than that, we're going to have a ton of new music and content coming out very soon.

Brandon Harris:  I Prevail has a new album on the way. What is in store for us with this new creation?

Steve Menoian: I really believe this album takes a step up in terms of song-writing and maturity.  The hooks are catchier and the heavy parts are heavier.  We have very focused lyrical messages.  We also took some chances that were a little outside of the box.  If you liked our EP, I promise that you're gonna love this album.  If you don't know us at all, I'd say just give it a shot.  I think there's something for everyone.

Brandon Harris: How far do you feel you have come since the release of your first album? What are the biggest differences?

Steve Menoian: I think we've come a long way.  There are things in this business you just can't prepare for.  You need to experience them.  I'd say we experienced a little bit of everything over the past couple years. We're better song writers, performers, pretty much everything.  We still have a long way to go, but I'm happy with how we've all developed. 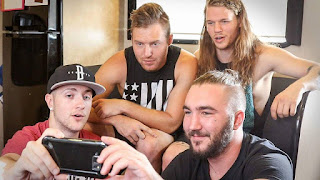 Brandon Harris: What role does each member of the band play in decision-making process?

Steve Menoian: We each have different areas where we try to focus our attention individually, but we always try to make big decisions as a group.  Sometimes we have differences, but at the end of the day we all trust each other and know that everyone wants what best.

Brandon Harris: I love the song  Crossroads, what is it like playing that song live?

Steve Menoian: It's great.  Kids seem to love to crowd surf to that song.  It's awesome looking up and seeing people just floating around the crowd.  One of my favorites.

Brandon Harris: Who is the funny man of the group?

Steve Menoian: The better question is who ISN'T the funny man!  Well, we all try to be the funny guy, and I think we all have our moments.  If I had to, I'd give the award to our rhythm guitarist Dylan.

Brandon Harris: What is one thing no one knows about you?

Steve Menoian: For me personally, I used to work for a bank.  When the band started taking off, I would sit in my office and do band stuff all day with the door closed.  I still chuckle thinking back to that.  What a weird contrast.

Brandon Harris: Its a tough topic, but I have to ask what is your opinion on the shooting thatoccurredd in Orlando?

Steve Menoian: It's terrible. Flat out terrible. There's nothing else to really say.  I sure as hell don't know how to fix this kind of thing, but I personally would like to see something happen so it's not so easy for people to get their hands on weapons like that. It's weird, being a touring band that's played all over the country, these places don't seem so far away anymore.  I remember our show in Orlando like it was yesterday.  I guess it just hits closer to home.

Brandon Harris: How long did you all work on this up coming album? Are there any suprises in the album for fans?

Steve Menoian: We were writing for over a year.  Not as much in the beginning, but it really ramped up late last year.  We moved into production early this year.  We hit some delays, but when you're trying to make something great, it's never easy or perfect.  We're in the final stages now, so we're very excited to get this music out there.  We definitely took a couple risks on the album musically, but I'm confident in them!

Brandon Harris: use one word to define music? 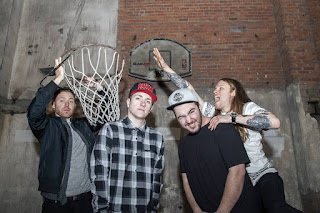 Brandon Harris: Thanks so much for taking an interview with us, is there anything you would like to say to your fans?


Steve Menoian: Just keep an eye out for new music and content very soon.  It's gonna be a fun year... and come get rowdy with us at a show


Even More live Video Interview with I Prevail 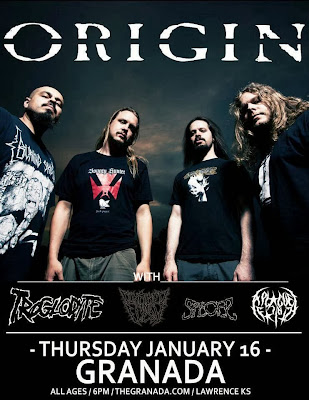