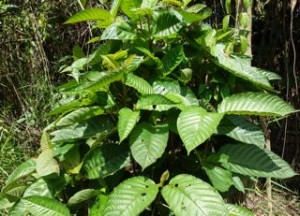 There was a time in my life where my main priority was MORE NORCO! I took hydrocodone daily for over two years. The only time I refrained was when I had no alternative. Anyone who has struggled with addiction knows the perpetual fear of withdrawal. Then I met a girl. She had children, and me head over heels. I decided that I had to make a change.
I would be lying if I said once I made that decision I never took opiates again. I took the two simultaneously. It clearly compounded the effects. After a few weeks of that, I started cutting out the norcos. Within a few days, I was exclusively taking kratom. I was absolutely blown away. I still craved the high, but I had ZERO withdrawals. I was saving hundreds of dollars a month. And I wasn't breaking any laws.
After a few months, I started experimenting making tea and extracts. Blew my tolerance away quickly. Regular kratom consumed with my normal "toss and wash" method had little to zero effect. I relapsed and was back to square one. I felt like I was stuck in an addiction cycle for good. So I deleted every number I had to acquire my drugs of choice. Within two weeks I had things under control again. But had I truly beaten addiction?
I decided there was only one way to find out. I stashed the rest of my Kratom and said, "no more". I suffered through a single sleepless night and miserable day. I resigned myself to daily use. After approximately six months of daily use, I noticed a significant change. I had basically zero desire to have sex. Being a 20-something with no libido made me feel like less of a man. My pride interfered with my health and I relapsed again.
I found something new, suboxone. For ten bucks a pop I was high as I could want to be for up to four days. However, it made it impossible to take any other opiate for days afterwards. I had a habit of running low and running out. I thought I knew how bad withdrawal was. Suboxone withdrawal made anything I ever felt seem like a hangnail. I was once again a slave to addiction.

I wasn't ready to quit, no matter how badly I needed to. I made excuses. I was only self-medicating I had things under control. But any day I didn't have my subs was met by apathy and angst. So I locked myself away and drank myself stupid for a week. I quit answering the phone and shut down entirely. The withdrawals faded but my substance abuse was simply converted to another drug, alcohol. I knew I had to make a change.
I went with what I knew, kratom. Knowing my addictive personality, I disregarded extracts and stuck to regular plain leaf. Having suffered through the withdrawals from suboxone, the kratom worked like a charm. No more apathy. No more depression, No more anxiety. I was myself again. Concerned with decreased sex drive, I moderated my dosage much more carefully. Two months later I can happily say I have had no negative effects, and I have my life back. Yes, I dose nearly every day. I could easily see a doctor and be prescribed anti-anxiety and depression medication. Having tried both, I can say confidently kratom is a safer, cheaper alternative.
There are a lot of people who can take kratom recreationally, I am not one of them. However, removing kratom from life results in a far more destructive alternative. I know some people may think I haven't gotten "better" at all. But I wake up every day feeling my own self-worth. That's worth more to me than anything.