"Hopsin Is On Fire" 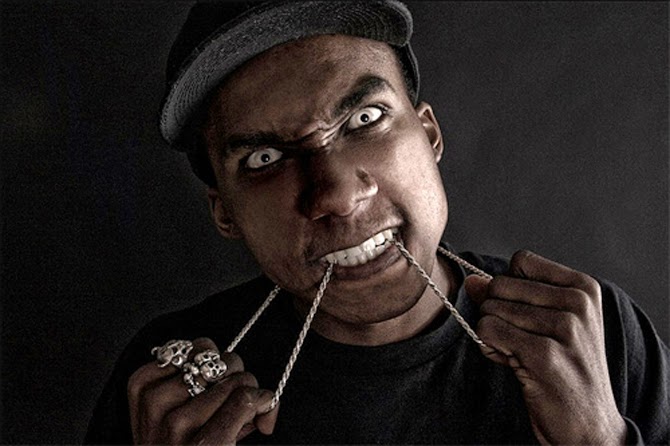 At only 29 Hopsin is gaining world class stardom. With his explicit but meaningful lyrics, this young man takes you through the trials and tribulations in his life. His music brings you into his world, almost as if your living in it as well! From religion, to family and more Hopsin goes hard around the clock. His lyrics bring back moments in his life, and bring you to where he is from. If we could call a musician a prototype for future music it would be Hopsin. He started raping at 16 and self produced his first album. Believe it or not he gives Eminem the credit for getting him started rapping.  Since coming up Hopsin has even been featured in a song with Eminem " Way too long".  Hopsin has taken his career to all time highs and has defiantly made a name for himself!  As a rapper and leader in the Underground Industry Hopsin will continue to grow.  We are left to wonder what we will see from him in 2015? What he may have in store for us?