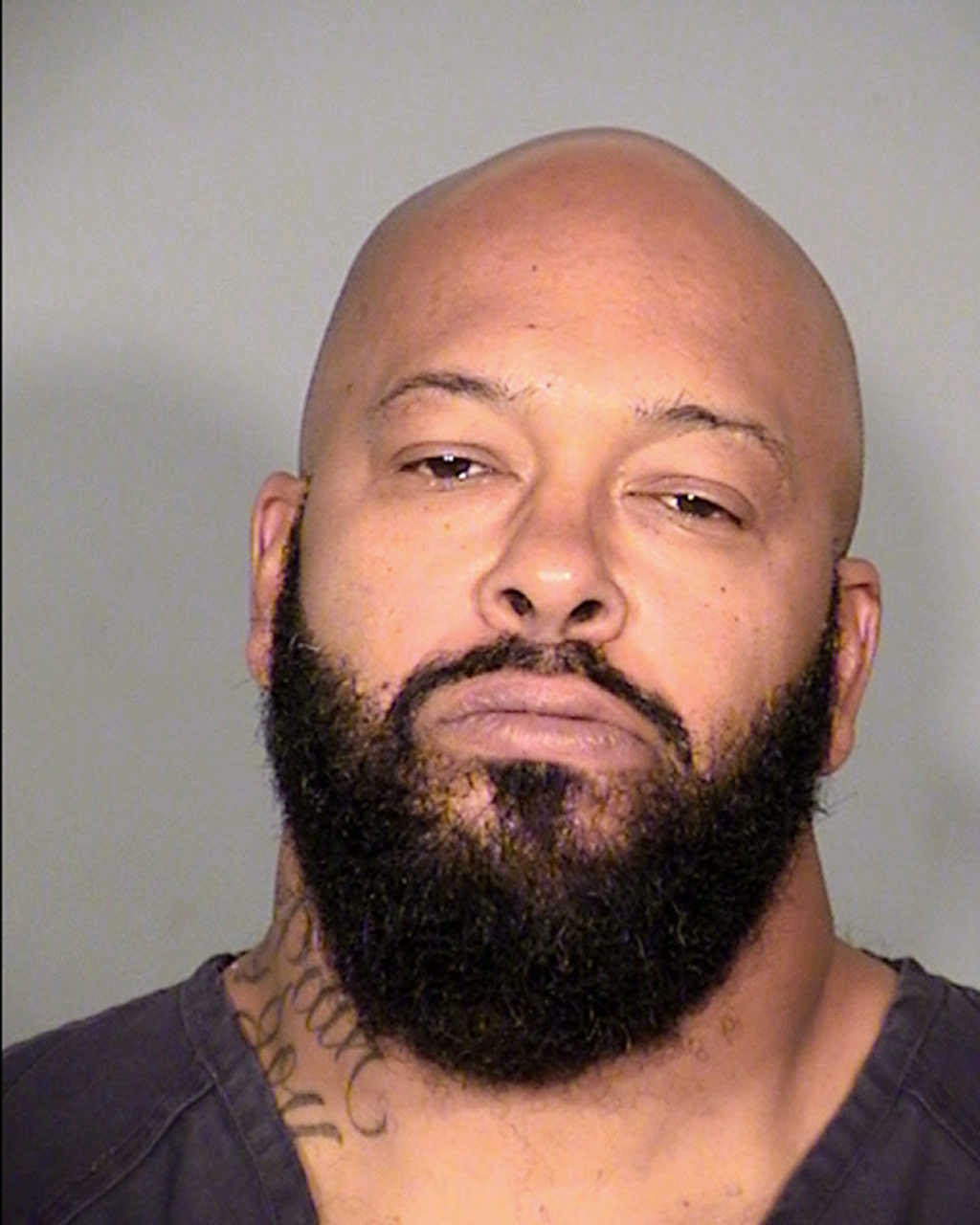 The rapper Marion "Suge" Knight will post bail and return to California to face a robbery charge following his extensive treatment at a Las Vegas hospital for a blood clot in his chest discovered after he fell in jail, his attorneys said Monday.
The judge set  his bail at $75,000. Knight, who's attorneys Richard Schonfeld and Julie Raye said also was being treated for a large bruise on the back of his head and neck after falling back against a  post while doctors checked him in jail on Thursday for dizziness and chest pain.
"I don't think there's anything life-threatening," Raye told reporters outside court, "but they're concerned about the blood clot in the lung area." This could be from the shooting as well.
She and Schonfeld said they expected Knight would post bail by the end of the day.
Raye traced Knight's medical problems to the six bullet wounds she said Knight suffered in an early Aug. 24 shooting at  the West Hollywood nightclub. Two other people also were injured in the gunfire at 1OAK club  on Sunset Boulevard. Authorities have not identified a suspect.
Raye said she visited Knight in the hospital on Friday and Sunday both day's staying a whole 24 hrs. She said Knight had said he felt short of breath Thursday before appearing before a Las Vegas judge who reduced a June 2013 suspended license charge to a parking ticket and fined Knight $190 on what had been a suspended license warrant. An easy out for the artist.
The traffic charge against Knight surfaced when he was arrested Wednesday in Las Vegas and comedian Katt Williams was arrested in the Los Angeles area on a felony warrant issued the day before based on a celebrity photographer's complaint that they stole her camera Sept. 5 in Beverly Hills. Our question being what took so long to press charges?