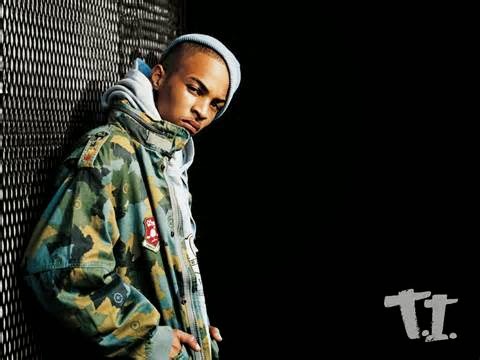 what you know fans everywhere went crazy for his music it was fresh it was new people loved him he later made a movie which thousands loved ATL, Takers, and identity theft. He served two years in county prison while he was in he made one of his best albums No mercy which sold in stores instantly everyone began listening to his album  it had a cold hard sound to it everyone couldn't stop loving it after he made no mercy he then published two novels power and beauty and trouble and triumph which were both released to moderate success. He has a beautiful family a lovely wife and 9 kids most would run at the thought of a big family but not T.I he embarrassed it and everything he does for him self is also for his family. Most rappers would say there success was on there own but T.I has a unique look on things he uses his past experiences and his every day life in his music which gives it a loving but hard sound to his music most rappers rap about things that could happen in a persons life but T.I points out things in his life that have happened and turn it into musical genius. He also starred in several TV shows like Hawaii five-o the OC, Boss and several others which were a big success and he also Starred in a video game which he play as him self voice and likeness called Def Jam: Icon we in underground interviews have played the game and loved it inwhch thousands of fans around the world have loved it as well sold several thousand copies all over the world everyone should give T.I a listen if you haven't already he is a amazing rapper and actor give him a look up.
Rapper T.I has seen his up's and downs over the years. As a musician he works hard to keep a quality sound, and still manages the bad boy Image. With a few legal issues over the past few years rapper T.I has made a few changes seemingly so in his lifestyle to better change the way he lives. Coming form  Bankhead,Atlanta Georgia T.I built his career piece by piece becoming the CEO of Grand Hustle Records. T.I released his debut album "I'm Serious" in 2001 with Arista Records. Due to the poor commercial growth of the album T.I was dropped from the label. T.I aslo known as '' the king'' released his most famous song