Twista back then to right now

By
Twista back then to right new : BY: Ryan Derosa

Starting off as calling himself Tung Twista, Twista started rapping when he was 12 years old. He grew up in North Lawndale. West Chicago gave him his rap style. After a while, he started doing co-labs with Do or Die, also from the Westside of Chicago, IL. Being known for his fast style of rap, he got recognized for it by the Guinness Book of World Records for 598 syllables in 55 seconds back in 1992. He had set a date for his album “Resurrection” in 1994. Problems occurred with another Chicago native, “Common” with the same album name, causing Twist’s album only being released in Chicago in 1996-th, 2010. Twista had also had done an interviews and discussed his documentary and the making of “The Perfect Storm” in 2010. In 2013, Twista was still making hits. He is currently working on his ninth album, “The Dark Horse”. At the age of 40, Twista is still doing what he does best, and that is making great hits.
1997.Five years later, he came out with his first big hit with Do or Die called “Po Pimp”. A year later, he formed the group called “Speedknot Mobstas”, with Do or Die. Twista had also signed onto Big Heat/Atlantic Record. In 2004, Twista came out with an album “Kamikaze” that hit U.S. Billboard 200 album chart. “Slow Jamz”, the Billboard Hot 100 single really put Twista out there. Twista had teamed up with the legendary traxster and dropped the album “Adrenaline Rush”, which turned out to be another U.S. Billboard 200 album chart with the rank of 77. Also releasing with that album was another U.S. Billboard top 100 hit “Get it wet”, which ranked at 96. Then, in 1998-2000 the Speedknot Mobstas grew, releasing their first album “Mobstability”. Twista had also formed his own label in 1998, calling it “Legit Ballin”, releasing two albums after three years of the creation of the label. Twista had released “Legit Ballin” in 1991 and “Legit Ballin Vol. 2: Street Scriptures”, in 2001. A year later, the label dropped another album “Respect the game Vol 3”. In the beginning of 2002, Twista began recording the album “Kamikaze” featuring rappers Kanye West, and Ludacris. After the album was released, it hit the top spot of the U.S. Billboard 200 album chart. The first single, 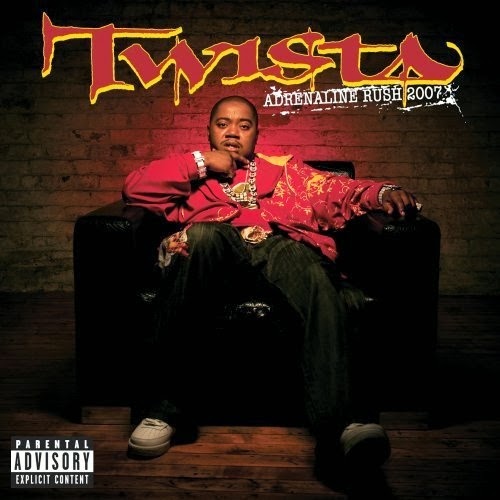 “Slow Jamz” featured on Kanye West’s album debut album “The College Dropout”, which also got the number one hit of the U.S. The album also had two other big hits “Overnight Celebrity” which had featured Kanye West, and “So Sexy” Featuring R. Kelly. The album sold 2 million copies. In 2005, Twista had released “The Day After”, Which had featured hot singles such as “Girl Tonight” featuring Trey Songs, “Hit The Floor” featuring Pitbull, and “So Lonely” Featuring Mariah Carey. In 2007, he released “Adrenalin Rush”, with a couple more great hits. These hits include “Give It Up” featuring Pharrell , and “Creep Fast” featuring T-Pain. In 2008, Twista launced another label named “Get Money Gang Ent.” At that time, he had also dropped “Category F5”. His eighth album “The Perfect Storm” was released on November 9