Brandon Harris: What got you into music?

KidCrusher: Being bored in primary school, I was really young when I started my first rap group with a friend.. back then I was inspired by gangster rap,, anything that said the word fuck, to piss off my parents and teachers haha... thats probably why i still over use the word... I like to dive into cencorship and expose it all. I was always being creative in class, never doing what I was meant to... making my own little projects... I had this twin cassette deck boom box at home that allowed me to play one cassette with a beat and record my voice and the other cassette at the same time,, really amature haha, I also used piano drum loops... this is way back in the day. Forgive me for never letting any of those cassettes see the light of day, they were frigggggggin horrible, but I had fun. When I upgraded to recording and making beats on PC, I was older and getting into metal music at the same time. I was trying to put together a metal band, which ended up as a cover band, doing slipknot, system of a down, drowning pool.. I never knew what my push for being an artist was, Its just always been there. at the same time I was trying to become a wrestler for a while, I spent about 4 years 100% committed into running my own backyard wrestling group, but after a lot of friendship fall outs, I ended up solo, bored, back to music. and it blew up after I took my first step into a real recording... guess all that time growing up was practice.. glad not many people had to hear it all until now haha. 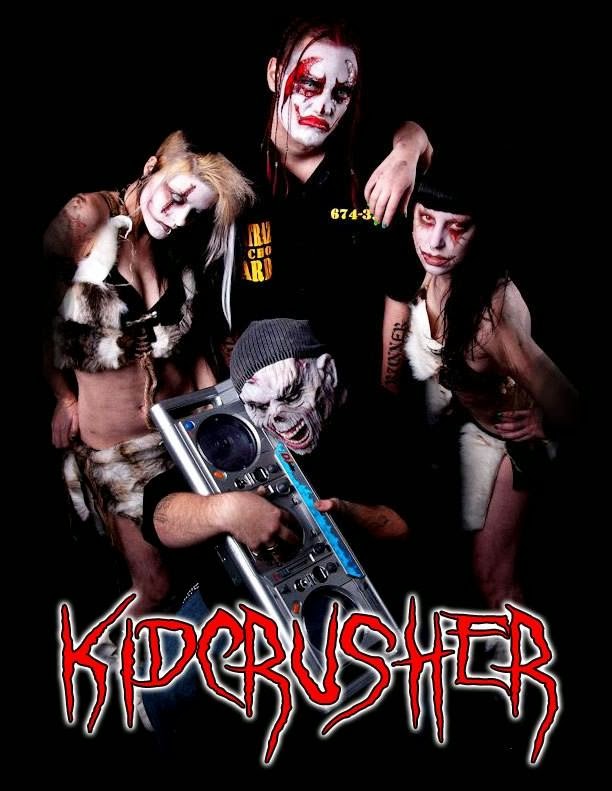 Brandon Harris: What genre would you consider yourself?

KidCrusher: I would consider a lot of it to be Horrorcore, but i've always liked to spread it out, as i do so much with it now... like.. Rap-Metal, Industrial, Deathstep, Shock Rock... Always stuck in the sub-genres as I love to mix them together.

Brandon Harris: What are your musical goals?

KidCrusher: My main goal is getting over to America to tour,, unfinished business from my 2008 trip there and back is driving me insane. After that, shit I don't know, see how that goes haha. my life has been sort of "on hold" since that happened. like a jail sentence to me, I just want that over and done with before I can do anything...

Brandon Harris: Where do you plan to be in ten years?

KidCrusher: Still Touring in America, if not living there by that point haha. It's hard for me to get many shows happening in Australia, as the market for my genre is so small here.

Brandon Harris: Whats the craziest shit that ever happened to you in a show?

KidCrusher: Venue pulled the plug just over half way through my set because we went over the midnight curfew, but the crowed and I just kept the show going accapella, all tho we got the bone, was the most epic feeling, was so loud... never forget that. 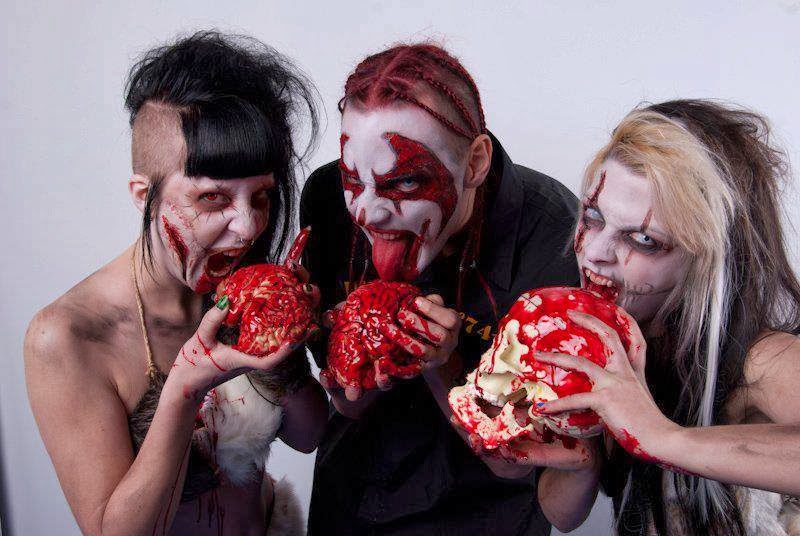 Brandon Harris: Who has been your favriote artist to record with?

KidCrusher: I would have to say Todd Hansen of The Berzerker, an Australian Grind/Metal band I've always looked up to,, we teamed up on a side project called KcaveMen, took 9 months to do the album, then toured around Australia... was a highlight of my life. KcaveMen has always been a side project to me that I wanted to bring to life on stage, and I finally got to do it.. it used to just be an idea, and only two members, as we produced the band electronically back before he joined, and funny enough, was inspired by the berzerker, as we made the drum patterns as insane.... for those who dont know, The Berzerker are well known for their Industrial drumming, which is really technical and fast. so when Todd joined the project, it was like I built the role for him, was meant to be haha. all though I wish the quality of the project could have been better, we recorded the album in my home studio, and I had never recorded a full metal band before, so it was a bit of a messy production. but the music we wrote was epic, and was one of the best shows to do live, but I rememeber the tour being hell because of tornados (no shit) and crazy weather.... all good for KcaveMen eh? I wrote alot of the music for the album, including the guitars/bass/drums, then handed it over to the other members to re-create in their own version. We also have some old KcaveMen albums which are fully produced by me.  it's a possibility for us doing more in the future, but ever since the album dropped and the tour, we haven't done anything with the band.

Brandon Harris: What was the point you knew you made it in the industry?

KidCrusher: I don't feel like i've done enough yet, but Tunnel Runners was a big highlight in my career.

Brandon Harris: How does it make you feel to preform on stage?

KidCrusher: It's nothing I ever planned to do honestly, I was more keen on just doing recordings and videos... then I had so many requests to do shows, I had to learn HOW to do this stuff live, its really hard to do... rap real fast, then scream, then rap real fast, while jumping around being a lunatic haha, its not your average rapper task, it combines doing a metal show and a rap show in one.... doing it in the studio is easy because i can stop and start.... but the adrenaline and all the love that everybody gives me turns me into some crazy animal on stage, i love it... it took me a while to get it right but I've got it nailed now. All I can say is, its better than any drug in the world.

Brandon Harris: Anything on ya mind?? 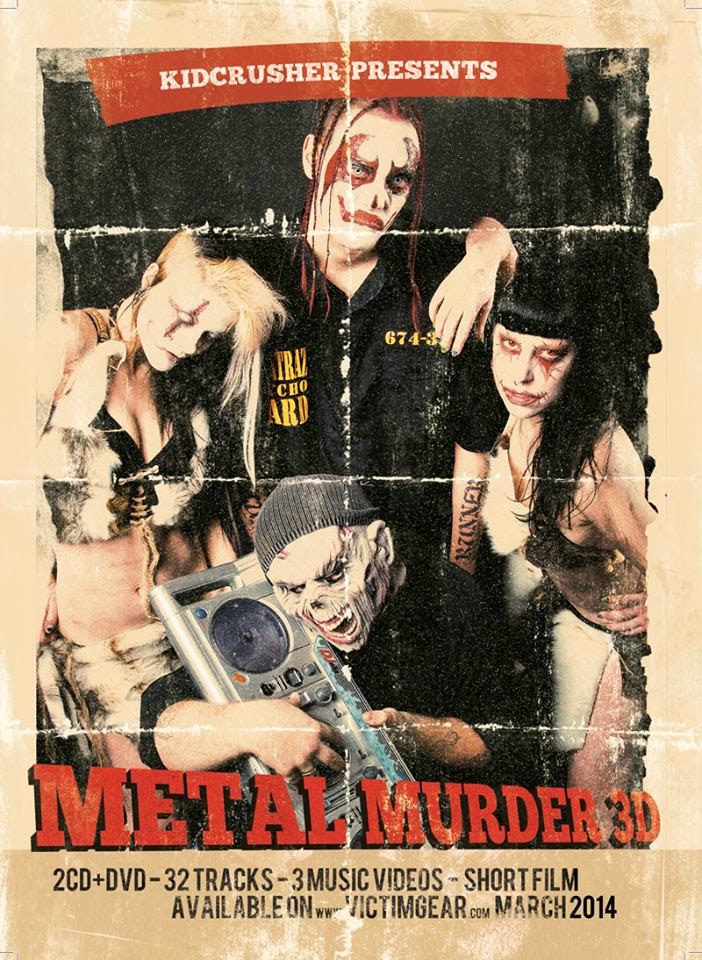 Brandon Harris: Anything to say to ur fans?

KidCrusher: Bare with me, I've been really quiet and to my self lately, my latest album MM3D is taking a long time to get together but good things come in time... I know you've all been waiting for me to get over to america since forever, and belive me, it hurts me everyday knowing I can't get there yet. I am allowed to appeal for my green card in August this year, so hopefully i'll be stomping america like Cloverfield really soon! Love you all, thanks for your support! \m/ kC \m/